Tourism in Nigeria centers largely on events, due to the country’s ample amount of ethnic groups, but also includes rain forests, savannah, waterfalls, and other natural attractions.

The country’s capital; Abuja, is home to several parks and green areas with the largest one being Millennium Park. Millennium Park was designed by architect Manfredi Nicoletti and was officially opened by the United Kingdom’s Elizabeth II in December 2003. Another open area park is located in Lifecamp Gwarimpa; near the residence of the Minister of the Federal Capital Territory. The park is located on a slightly raised hilltop which contains sports facilities like Basketball and Badminton courts another park is the city park, it is located in Wuse 2 and is home to numerous outdoor and indoor attractions such as a 4D cinema, astroturf, lawn tennis court, paintball arena and a variety of restaurants.

Lagos has become an important location for African and “black” cultural identity. Lots of festivals are held in Lagos; festivals vary in offerings each year and may be held in different months. Some of the festivals are Festac Food Fair held in Festac Town Annually by Festaconline , Eyo Festival, Lagos Black Heritage Carnival, Lagos Carnival, Eko International Film Festival, Lagos Seafood Festac Festival, LAGOS PHOTO Festival and the Lagos Jazz Series, which is a unique franchise for high-quality live music in all genres with a focus on jazz. Established in 2010, the popular event takes place over a 3–5 day period at selected high-quality outdoor venues. The music is as varied as the audience itself and features a diverse mix of musical genres from rhythm and blues to soul, Afrobeat, hip hop, bebop, and traditional jazz. The festivals provide entertainment of dance and song to add excitement to travellers during a stay in Lagos.

Lagos has a number of sandy beaches by the Atlantic Ocean, including Elegushi Beach and Alpha Beach. Lagos also has a number of private beach resorts including Inagbe Grand Beach Resort and several others in the outskirts. 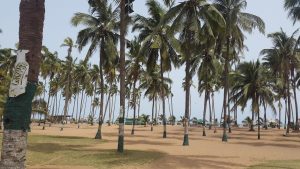 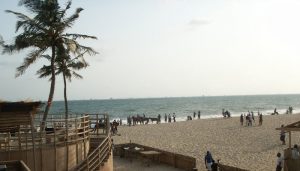 Lagos has a variety of hotels ranging from three-star to five-star hotels, with a mixture of local hotels such as Eko Hotels and Suites, Federal Palace Hotel and franchises of multinational chains such as Intercontinental Hotel, Sheraton and Four Points by Hilton. 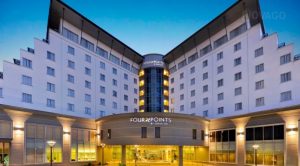 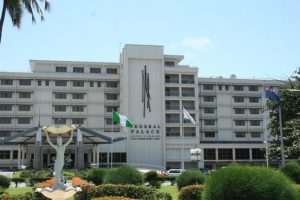 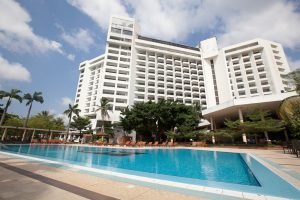 Other places of interest include the Tafawa Balewa Square, Festac town, The Nike Art Gallery, Freedom Park, Lagos and the Cathedral Church of Christ, Lagos.