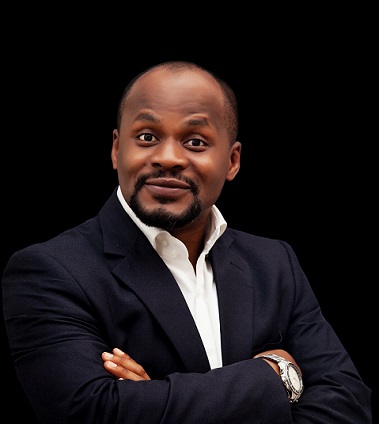 Onimisi Adaba was born into a media family. He grew up in ‘TV land’ – the city of Jos and was privileged to see the behind-the-scenes of a lot of the drama series aired on Nigerian television. He was also part of some children’s TV production series.

He started his radio career in 1997 with Aso Radio during his NYSC in Abuja, hosting a Jazz and Classical show, where he was instrumental to increasing listenership ratings by promoting on-air participation and doubling the station’s revenue though sponsorships

In 2002, he was one of the pioneer staff of Cool FM Abuja. As a Presenter/Producer, he hosted the daily prime-time show while also highly involved in training and running the day-to-day operations of the office. Through his position, he enhanced partnerships with print and electronic media operators and also represented the organization at key local and international events.

In 2009, the quest for newer challenges and love for television took him to NN24, Nigeria’s first 24 hour news station where he became a household name. He served as Visioneer/Team Leader/ News Anchor. Here again, he showed prominence in coordinating the anchors unit and production/on-air presentation of news and current affairs programmes.

In 2011, Onimisi Adaba rose to position of Operations Manager for Cool/Info/Wazobia Radio Stations. In 7 years, he trail-blazed the start of the first 24-hour talk radio station in Nigeria called Nigeria Info, and nurtured the birth of 2 TV stations Cool TV and the first Pidgin English TV station in Nigeria called Wazobia TV. He coordinated operations of the Heads of Stations in Lagos, Port Harcourt, Abuja and Kano where his roles included hiring and training personnel for different departments – On Air Personalities/Presenters, News, Sales/Marketing, Admin, Traffic.

He is a visiting lecturer at the School of Media and Communication – Pan Atlantic University Lagos. He’s an alumnus of the International Visitor’s Leadership Program (IVLP) and a Fellow of the 2016 Edward R. Murrow Program for Journalists.

Men's Room: Ik Osakioduwa speaks about his Rise to Fame and Stardom

Men's Room: RMD talks us through his Life in the Men's Room

Men's Room: My Story My Life with Charles Otudo

Men's Room: Yaw talks about Living Apart while together

Men's Room: NO FINANCE NO ROMANCE with Zeal Akaraiwe


This artiste currently doesn't have any awards or nominations.